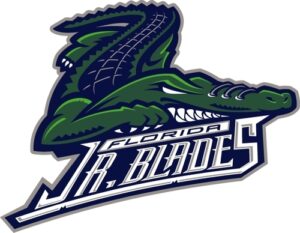 So, here’s something that might surprise you: The Eastern Conference Hockey League, Florida Everblades have been competing and winning titles on the ice in Estero, FL since 1998. More than 3.6 million fans have attended over 640 regular season games at the Germain Arena.  This fall, they called on Midtown Video to upgrade the video production system with HD switching, streaming, and live slow-motion replay featuring the NewTek TriCaster and 3Play.

The Germain Arena features 7 cameras to capture the action including a wireless camera for crowd reactions and a pair of goal cameras for thrilling highlights and official reviews. 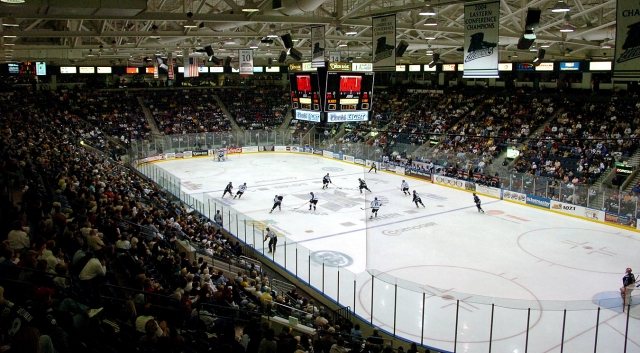 The Everblades’ 3 action cameras are capable of transmitting High Definition signals, but the previous control system and cable infrastructure limited all signals to analog composite SD.  Midtown Video unlocked the HDMI output of the action cameras and helped Germain implement fiber optic cabling for the HD upgrade. Fiber cables have the capacity to carry an HD signal for miles, and transfer up to 1 petabyte of data per second at the speed of light in glass.

To stretch the control room budget, Midtown expanded the 4-input TriCaster 460 with an AJA Kumo router, allowing up to 16 sources to populate the TriCaster with a simple right-click of the mouse.  The legacy cameras and fiber optic HD cameras are enhanced by an army of rack-mounted Blackmagic converters to enter the Kumo as a mix of SD and HD-SDI signals. 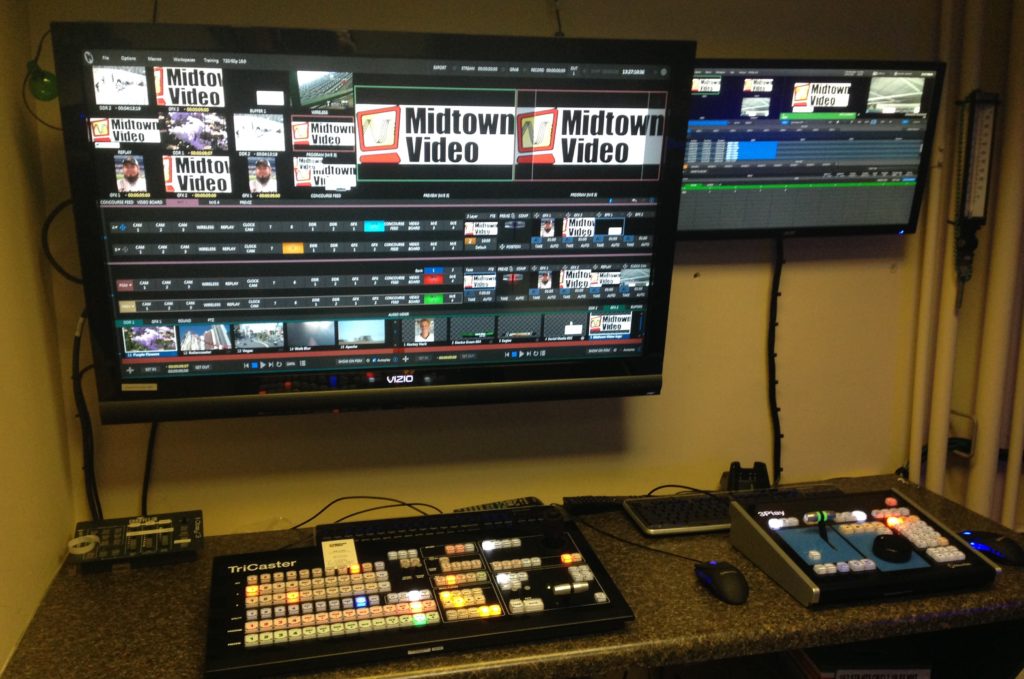 As part of the system upgrade, Germain Arena’s Manager of Video and Creative Services Mark McClellan and his team received comprehensive onsite training by our Director of Technical Services and certified NewTek trainer, Virge Castillo. 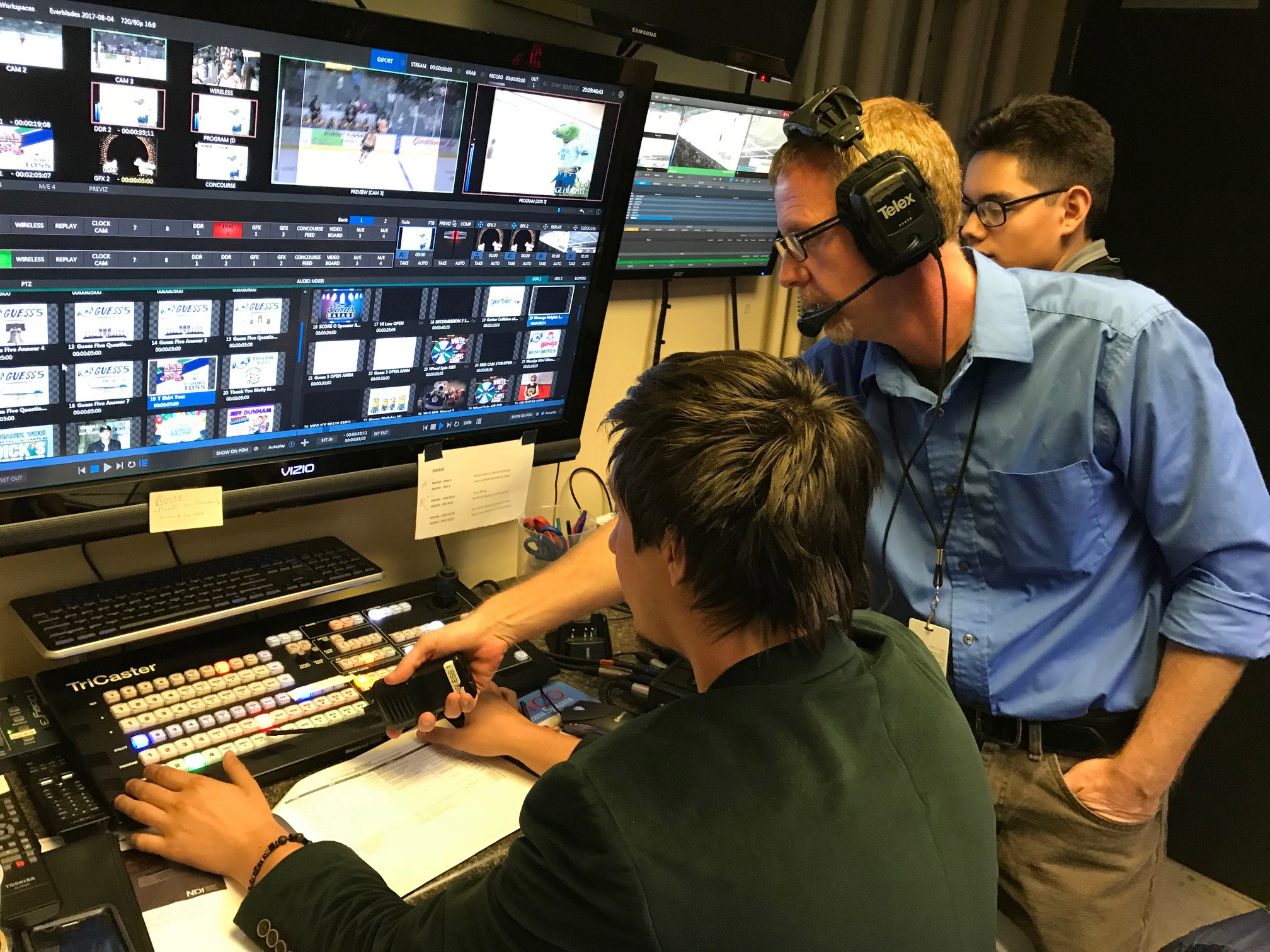 Nestled in a suburb of tropical Ft Myers, this 8,284-seat multipurpose arena hosts a wide variety of choice entertainment and sporting events such as concerts, comedians, boxing, mixed martial arts, wrestling, and even circuses. When there aren’t three sheets of ice covering the rink, the 2012 ECHL Champion Florida Everblades share the arena with the Florida Tarpons, an American Indoor Football championship team. We are expecting another winning season for the Everblades and spectacular video coverage for all the events at Germain Arena.