When ESPN officially launches its ACC Network (ACCN) on August 22, 2019, this cable/satellite network will broadcast Atlantic Coast Conference (ACC) sporting events, including the University of Miami’s (UM) Hurricanes NCAA Division I sports. Rather than ESPN pulling up a broadcast truck to the campus, UM will contribute its own live, linear HD production to the network.

Seeking to maximize every dollar and piece of gear, UM Athletics turned to Midtown Video –its long-time systems integration vendor in Miami—for the design, installation, systems integration and management of an end-to-end workflow that enables centralized production of games being played in multiple athletics venues across its campus.

“We knew at the start of this project that we would be asking a lot of Midtown Video,” said Drew Thomas, Director of Production Services for the University of Miami. “It doesn’t rain money here at the University of Miami, so we knew we needed to maximize our budget and equipment purchases, without compromising the production quality we’re contractually obligated to provide ESPN.”

“Midtown carefully considered our goals to determine precisely what we needed, and more importantly, to pare down what we didn’t need, while still enabling us to produce a really solid show cost-effectively,” Thomas added.

While other ACC university members, such as Clemson, Duke, Florida State, Notre Dame, Syracuse, and Wake Forest, share the same mission, to build their own video production control rooms, UM was unique in its goals, circumstances, and challenges.

UM already had a digital video production infrastructure in place that it has been using to live stream its beloved Miami Hurricanes games via ESPN3 and ESPN College Extra, as well as social media sites. UM also has a campuswide fiber optic network (with 48, 96, or 144 strands of fiber) in place that connects its Hecht Athletics Center production facility with the many athletics venues where Hurricanes home games and events are held, including:

“This workflow needed to be extremely flexible enough for students to setup and run, as well as production professionals,” Miller said. “It also needed to maximize UM’s capital investment. And the bottom line was that the whole installation needed to dependably deliver the polished, uncompromised production quality and standards that ESPN demands.”

In April 2018, Jesse Miller accompanied a small UM production delegation to the NAB Show and advised them about equipment choices they saw at various vendors’ booths, including the EVS DYVI video switcher and slow-motion instant replay servers. These were among the systems installed in Control Room A, which serves as ground zero for ACCN home athletics events. According to Drew Thomas, Control Room A will primarily be used for live, linear broadcast production associated with ACC Network events. 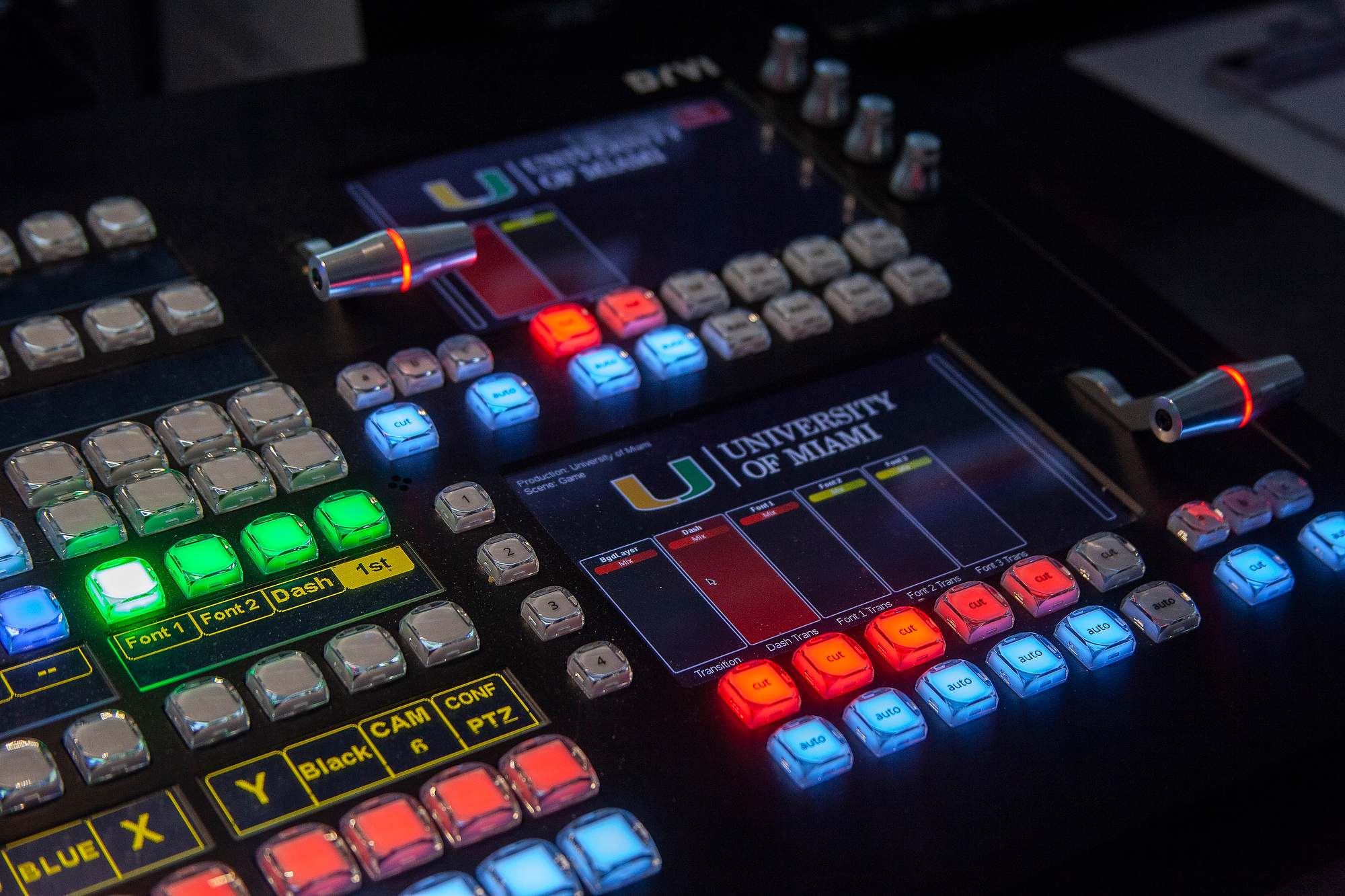 There are two 12-channel EVS XT3 live production servers that are rack-mounted in the machine room, with four LSM controllers—two per control room—to control them remotely. Slow motion systems that are tied to these servers allow two operators to generate a steady stream of instant replays. Control Room A also features a 14-monitor videowall, with two rows of 55-inch monitors, powered by a Datapath videowall controller.

In terms of video acquisition, production gear—such as cameras, lenses, mics and cabling—needs to move from one venue to another, and just plug right into the campus fiber network to enable real-time remote production from the control rooms. UM has a total of 13 cameras, including five new Panasonic broadcast cameras, and three new 80X HD Canon field lenses. The camera control units for these camera systems are based in Control Room A, and the cameras can be controlled and shaded remotely over the fiber network.

While Control Room B is devoted to digital broadcasting, Control Room A fills that role whenever there’s no ACCN event. Midtown moved one of UM’s two Panasonic AVS-6000 production switchers to Control Room B, and the other to the Watsco Center for local production of the in-game LED video board. The switcher control panels and other KVM (keyboard/video/mouse) equipment are situated in the control rooms. However, the terminal gear—including an Evertz “288-squared” video/audio house router—is rack-mounted in the nearby machine room.

Networked audio plays a major role in both program sound and technical communications for the University. “Jesse brought a fresh perspective to this project, and as a result, he designed a very innovative, flexible IP-based audio solution that truly streamlines the time and effort it takes to set-up audio routing, mixing, and intercoms for live broadcasts,” said Anthony Listochi, Manager, Production Services for the University of Miami.

With this outside-the-box thinking, Jesse designed a seamless, end-to-end digital audio workflow that includes an Audinate Dante IP-based audio network, Dante-compatible RTS Odin IFB/Intercom system, and Dante-compatible Yamaha CL5 digital audio mixing console. All mic audio is routed to the Yamaha, which is located in an acoustically isolated, 4 x 7-foot “whisper room” near both control rooms. While the Yamaha is available to both control rooms, there’s also a smaller Behringer X32 audio mixer in control room B just to mix digital games. 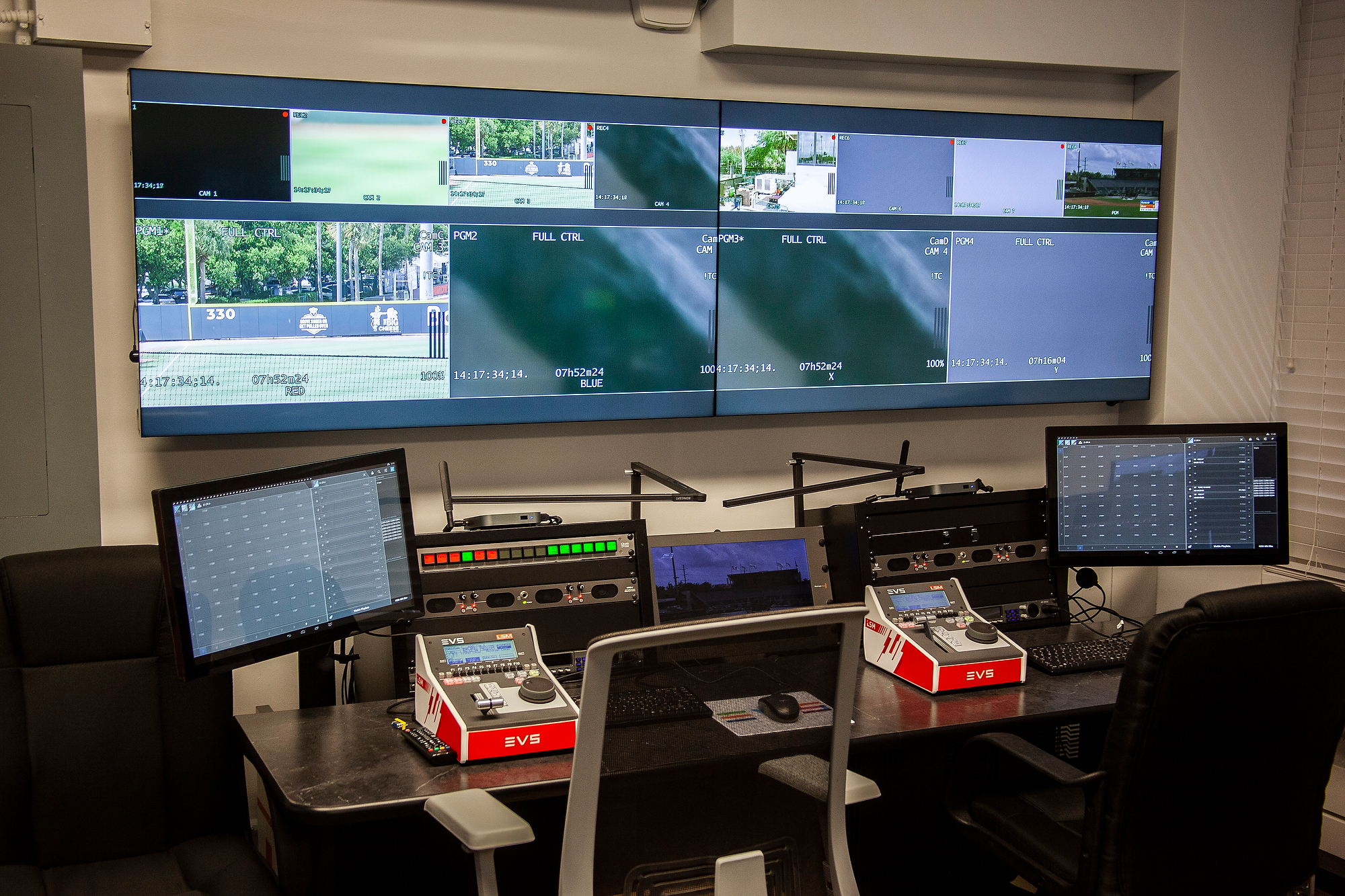 With its IP-based backbone, Dante enables automatic network discovery whenever a new audio device is added to the network. Specific Dante network configurations, as well as Yamaha board settings, can be memorized for each sports production, and each setup can be instantly recalled prior to the live event, saving considerable pre-production time.

“Prior to Midtown’s solution, I would have had to reconfigure hardware-based audio patch bays, and rewire everything with physical XLR connections, which would have been much more difficult to do,” Listochi added, “Today, all we have to do is move the production equipment into place, and make sure there’s a network connection. It literally takes longer to walk over to a remote venue than to setup and check my patches.”

With the addition of special Dante SDI-cards, the Evertz router can embed, re-embed, and manage the routing of all-digital Dante audio, along with the video signals. When video cameras are routed through this hardware, it enables embedded mic audio from those camera signals to be routed—independent of the video—over the Dante network.

In this way, the Yamaha mixer never has to touch the router to obtain audio sources. And it can also send stereo Dante audio to the Evertz Dante cards so it can be embedded into the program output mixes. This live 720/60p HD program then flows to either a Fujitsu or Haivision Makito encoder, and the resulting transport streams transfer to ESPN’s Bristol, CT operations center.

“The beautiful thing about the Dante system is the large number of audio signals that can be transported over a single pair of fiber strands, maximizing the signal trafficking capacity of the fiber network,” Miller said. “And the best example of Dante’s operational flexibility is the communications—or IFB—audio system, which is absolutely essential to putting on a tight show.”

What makes intercom partyline channels quite complex is that different groups and sub-groups of crew members need to hear only the directions and mic audio relevant to their specific task. For example, producers and directors want separate, push-button channels to communicate with sub-groups of cameramen, audio, graphics and replay operators, as well as on-camera talent and announcers. And, one group’s communications shouldn’t distract other groups assigned to different tasks.

And, ESPN producers and directors stationed on-site and back at the network also need IFB channels to communicate with the UM control room and announcers. Also, each announcer’s headset gets a Mix-Minus feed, which is the program audio minus the announcer’s own voice.

Because these games are nationally televised live broadcasts, the systems integration had to provide many layers of redundancy and automatic failover for uninterrupted uptime. 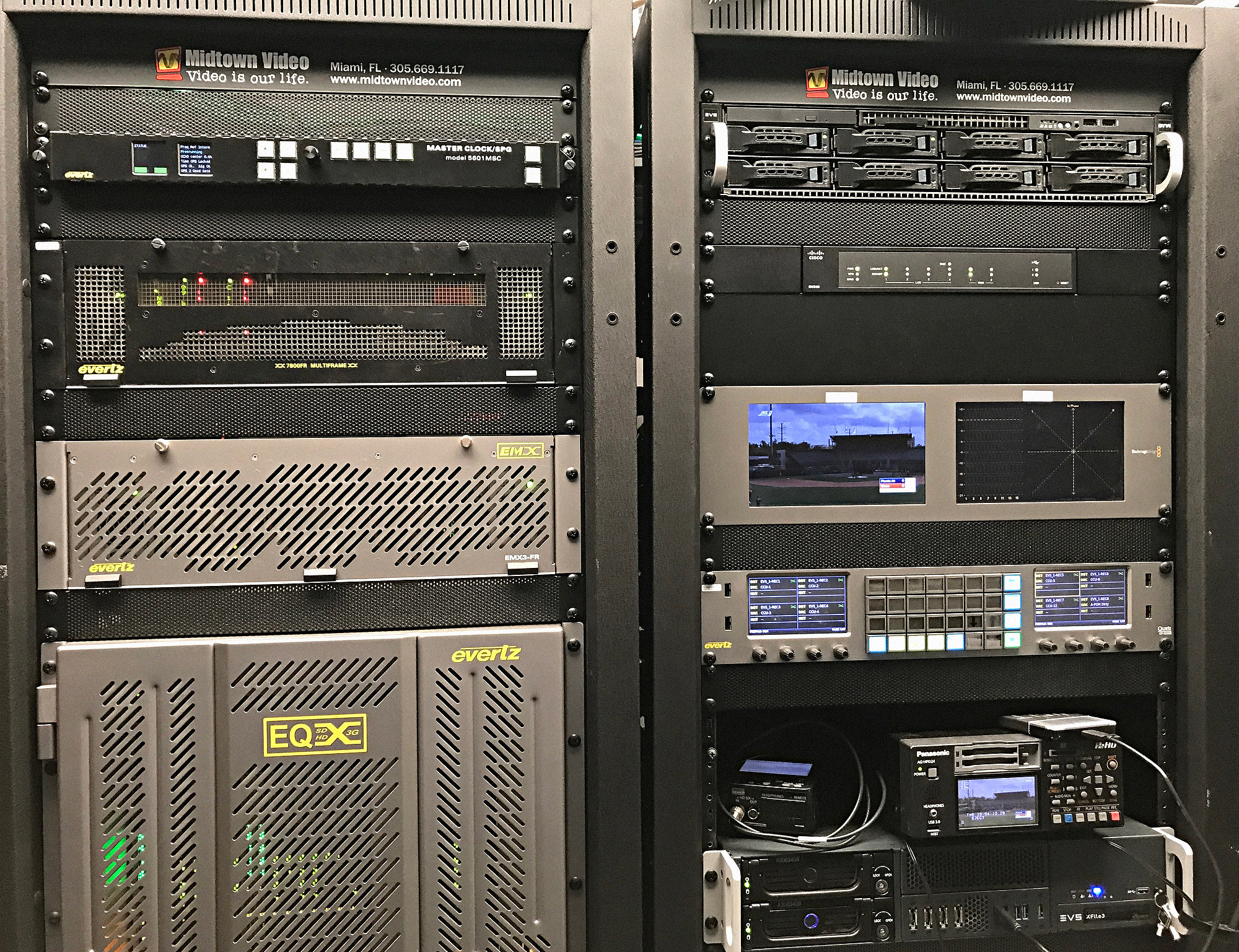 For example, if the campus fiber network or ESPN connection went down for any reason, ESPN would still be able to broadcast the game audio because UM will send it via a standard phone line concurrent with the live show.

And in the event of a power failure, there are many levels of UPS power, including 1,000-watt UPS backups on each major piece of production gear. There are also 3,000-watt UPS backups on each of the five equipment racks in the machine room, and the house router maintains redundant signal paths and power supplies. Once power is restored, the Dante audio network offers instant, automatic re-linking of device and I/O connections.

As required by ESPN, UM’s production team has to perform an elaborate pre-production process to test the connections between the Hecht Center and ESPN’s network operations center prior to every live UM sportscast. Between January and March 2019, the UM production team produced five full UM basketball games for live broadcast on ESPN2 and ESPNU from Control Room A. With these successful live productions, the UM production team—including students, staff and professional video freelancers—has proven its ability to deliver ESPN-compliant live shows for the ACC Network from the new facility.

“The Midtown team collaborated with us every step of the way, conferring with us on every aspect of the project, even working many late nights to ensure we would be ESPN-compliant by the start of basketball season,” Thomas added.

“Jesse pared down our vast equipment options so we wouldn’t be over-burdened or spend money on functionality we didn’t really need,” Thomas added. “The control rooms and other infrastructure that Midtown designed, built, and integrated covered all our bases in the most streamlined, ergonomic, and cost-effective way. They really nailed it.” 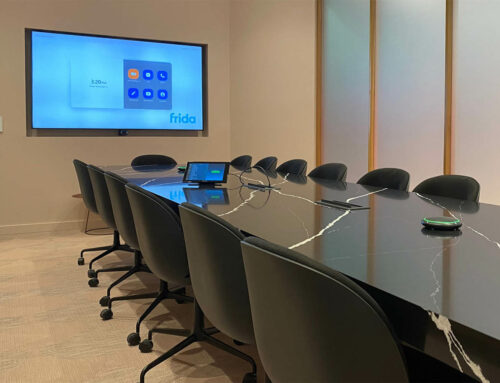 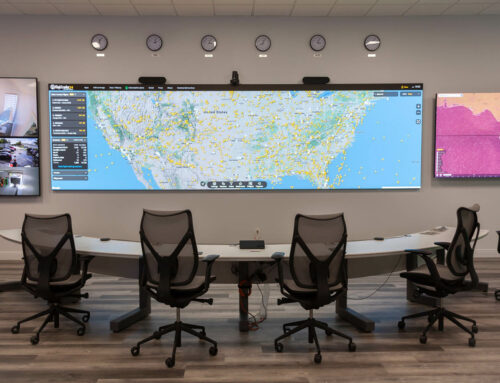 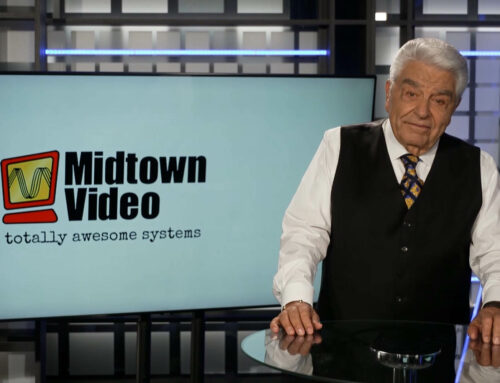 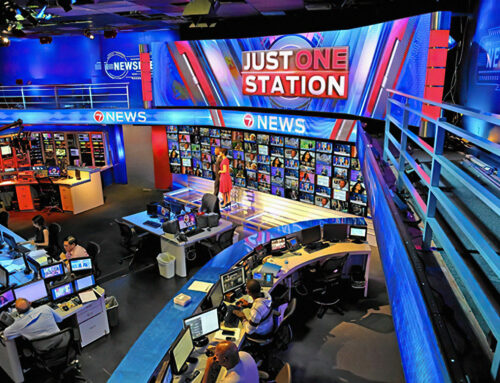