Midtown Video is ready to enable our partners to enhance their technology with Digital Distancing.
We are experts at developing, implementing , and training users on Video Conferencing and Live Streaming systems to keep our world in constant communication.
Please 'click here' to let us know your specific needs
Skip to content 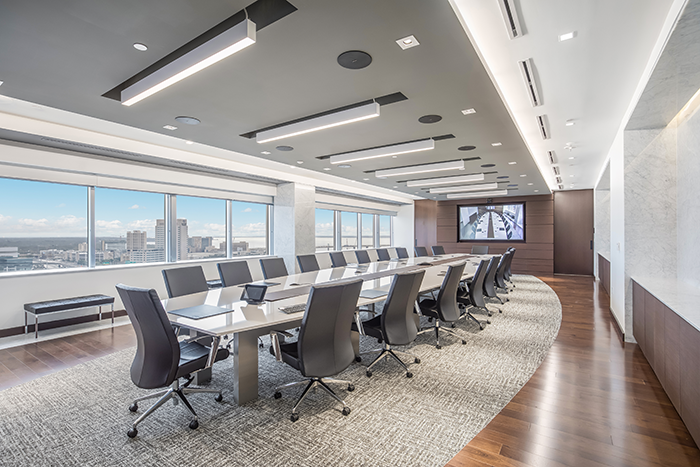 Railroad transport leader CSX Transportation has long occupied one of downtown Jacksonville’s most distinctive high-rises, and conducts its most critical business—such as informing investment portfolio and fund managers of its quarterly earnings and media outreach—from executive suites and meeting rooms on the 15th floor.

“Since the CSX project involved so many systems that needed to be controlled, I chose Crestron for control and Panasonic for displays because both companies dominate the market with reliable, compatible products while offering excellent local support,” said Carl VanOrmer, a systems integrator who runs Midtown Video’s Northern Florida operation. Logistical challenges at CSX included coordinating the many vendor deliveries and multi-phased installation around the construction. 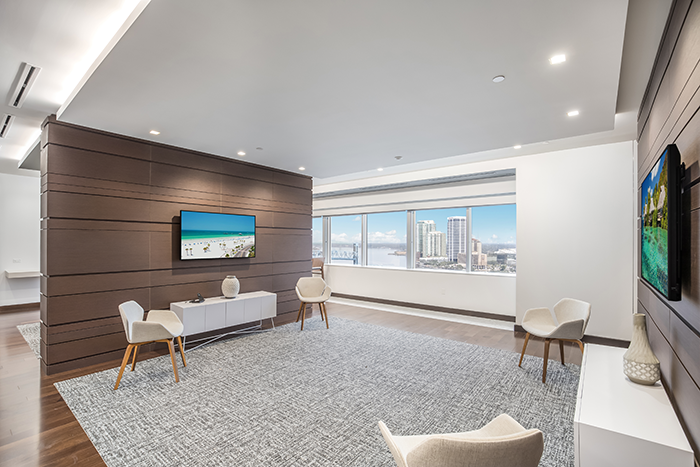 While waiting for meetings to begin, attendees pass the time in the vestibule/lobby area, where they can watch TV—including satellite TV channels, DVDs, and/or Apple TV—on two Panasonic 55-inch flat-screen displays, and eat food served in the nearby kitchen. When no video program is selected, Apple TV shows beauty shots as screen savers.

Powering the room are a Crestron 3-Series 4K Digital Media Presentation System 300, Lifesize Icon 800 Video/Audio conferencing system, and two Lifesize camera 10X systems that provide different perspectives of the room. A/V equipment, such as a Crestron 8 x 8 digital media switcher, is stored in racks in the nearby IT closet. 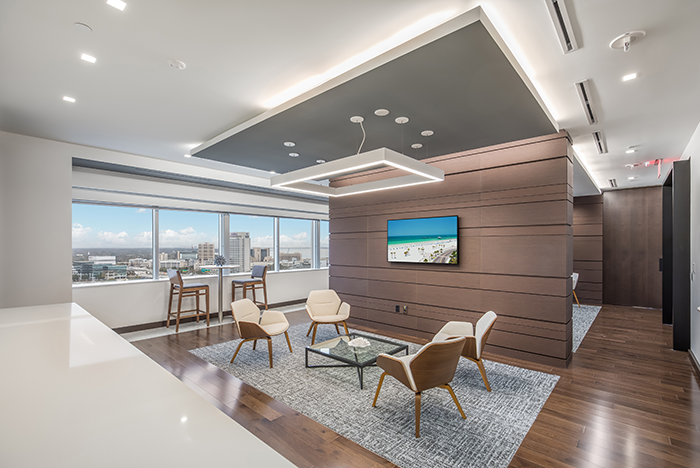 In the boardroom, an equipment trough runs the length of the conference table, so control equipment can be hidden away, including mobile device charging stations and table boxes for plugging in computer devices. While VGA with audio, HDMI, USB, Ethernet and AC power connections are supported, a Barco Click Share system allows people to plug a device into their USB that allows them to direct their screen output to the big-screen displays, and switch between computers, with push-button ease.

At the heart of each room is a Crestron Avia 12×8 DSP with Dante audio/IP networking, USB Audio, AEC and audio conferencing interface, and a Crestron 8-channel (75W per channel) power amplifier.  “The most complex part of this installation was the digital signal processing (DSP) associated with the audio system,” VanOrmer said.

“Due to the large size of the conference table and room, we used the Crestron DSP and mix-minus processing to independently process each mic, and amplify the voices at each end of the table, so that all voices could be heard at the same volume,” VanOrmer said. “We programmed the DSP using the acoustic echo cancellation feature to eliminate feedback and echo caused by audio picked up by the room mics

In this way those in the room only hear the video conferencing audio mix, not their own voices feeding back through the speakers.”

Whenever anyone enters the executive boardroom, the CSX logo, or guest companies’ logos—on Crestron Digital Graphics Engines 200—automatically appear full-screen on the displays. And if room sensors don’t detect motion for 30 minutes, it assumes everyone has left and shuts the equipment off to conserve its useful life.

“This was the first time I ever ordered so many products from a single vendor, namely 99 units from Crestron alone,” VanOrmer notes, “CSX hadn’t updated these meeting rooms in over 20 years, but now they’re ready for whatever new technology the future may bring.”