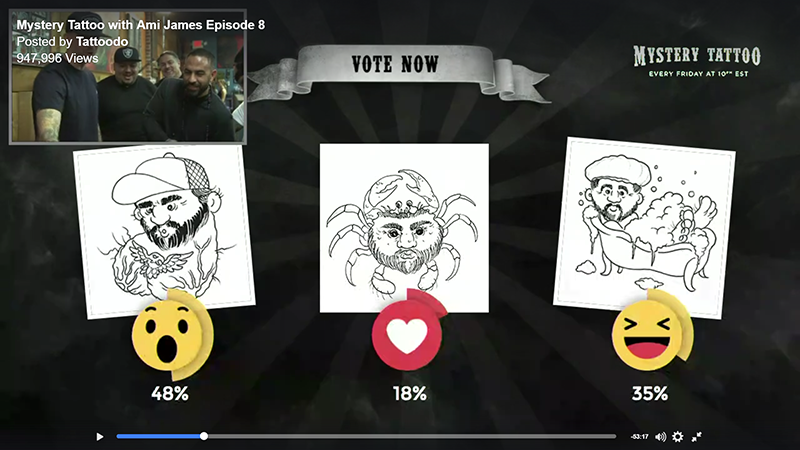 This show broke boundaries of interactivity between the viewer and the media. Facebook viewers voted in real time to decide which tattoo designs would be inked on contestants knocked out after each round of competition. Clicking surprise, love, or other face-moji’s, registered a vote for the corresponding tattoo design. Mojo the shop bulldog even makes an appearance to tip the scales of fate in some games. The winning contestant after 3 rounds of elimination earns a free tattoo from Ami, valued up to $1,000.00.